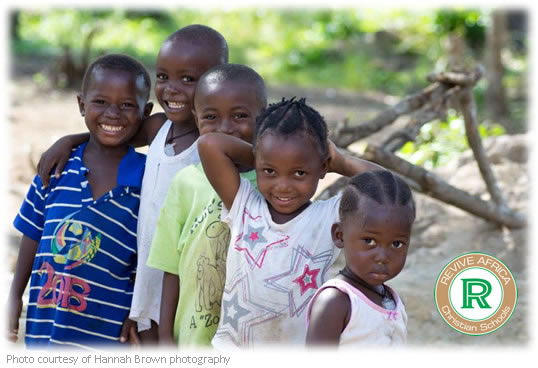 It was January 2016. I was preparing for my trip to Sierra Leone West Africa. I had already played out in mind what my experience should look like… Two weeks later, after I returned home to Seattle reflecting on the past few days, I had to throw away all my expectations, presumptions and views as an outsider. I had to start from scratch and let my soul paint a true picture…

My missionary friends and I were set to visit a much talked about West Africa (more accurately Sierra Leone). A dream come true on my bucket list and a privilege. I expected it would be different than India, Pakistan, Nepal, Thailand, or Mexico. The face of poverty is never the same. Although the needs may be common, the cultural history and spiritual aspects dominating personal aspirations will always paint a different picture unique to the region. Africa was no exception.

A resource-rich continent, plagued with poverty, illiteracy, and epidemic disease… all which was true, but what was humbling to witness was their pride, generosity, contentment, and above all a thirst for spiritual quench. The clouds above our heads, the farms plowed along the less traveled roads, and a land so endowed with natural minerals; Africa is unique. It is happy and hospitable, blessed with a diverse culture. From their reserves of diamonds, platinum and gold to coal and crude oil, they have the means to rise from the ashes of the phoenix. But corruption, greed and lawlessness has robbed this rich land from its resources. However difficult or sad it may seem, Africa shamelessly bears one another’s cross. (And at times the rest of the world). Africa’s painful past and rich history has taught them that the scorching sun only tans and beautifies their black skin. The backs of their forefathers’ didn’t suffer from the whiplash of slavery for nothing. What you see is a love that conquers the hatred, famine, genocide, and diseases.Africa’s dream is contained, they want to feed, clothe, and brighten the future of the younger generation. Don’t we all? Muslims and Christians worship God under the same roof and in hard to reach villages donate land to build churches. Their worship and intimate relationship with God is genuinely pure, naked and bold, all at the same time. When they pray, they pray their hearts out and when they surrender, they are bravely all in. I was privileged to participate in a baptism Ceremony of 17 Muslims in a river near Makeni in Sierra Leone. I get goosebumps as I write about it.5 months later in July 2016, Revive Africa Christian schools took shape In Mankneh Sierra Leone.

It was an unusually warm June afternoon in Seattle. I met with  my dear friend and spiritual mentor Pastor Dan over coffee. He had shared with me the lifelong and passionate dream of starting a free Christian school for the less privileged. My goal, however more global, was a bit simpler and more contained. Building a small mud/thatch home for village families, maybe provide them with drinking water, food and hygiene capabilities as we go along.  A similar philosophy to Impact a Life projects in India and Nepal.

But God had his own plan. He always does… Starting a Christian school for up to 100 students! A school that could also work as a medical clinic, community center and a church all at the same time.

It is one thing to give-in the Lord’s will, but how could only two guys (with limited financial resources) conduct a project of this magnitude from thousands mile away? Well, let me introduce Dr. Roland Turay (read Dr. Turay’s biography here).

Pastor Dan and I met Dr. Turay during our visit in Sierra Leone back in January. A visionary man who had a heartbeat for his countrymen. We met during one of my Sunrise Photography journeys in SL (see the Souls… Lost and Found) at his community retreat “Roland’s beach”. Only after one meeting, we were convinced that Roland would be the perfect boot on the ground to spearhead the Revive Africa project.

Only a few months later, not only Pastor Dan, Dr. Turay and yours truly, but also many others (some doubtful of the success of this project) are amazed at how God has brought so many resources together to bless the children of heaven in one village (Mankneh, Sierra Leone, West Africa).

Something is telling me that this is just the beginning!